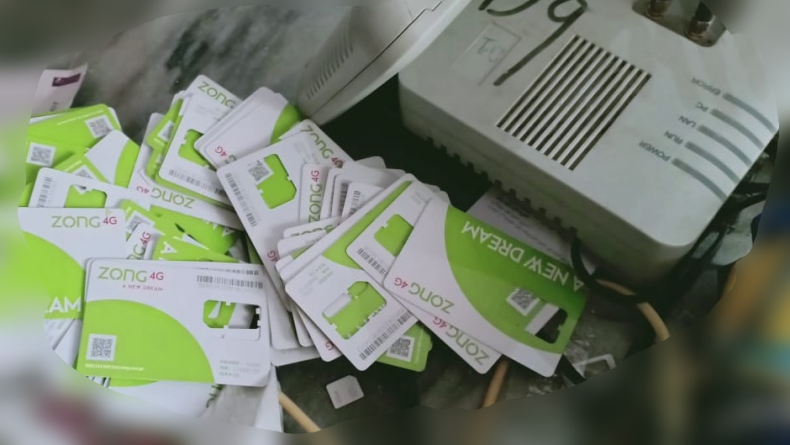 In its continuous struggle to restrict the jeopardy of illegal Gray Trafficking in the country, Pakistan Telecommunication Authority (PTA) along with Federal Investigation Agency (FIA) and Intelligence Bureau (IB) has recently carried out a successful raid on illegal Voice over Internet Protocol (VoIP) setup at Arsalan Plaza Pakistan Town, Islamabad.

According to the local media reports, the raiding team has seized at least 10 operational illegal gateways and around 130 active SIMs along with other allied equipment including routers, modems, and laptops, etc. Interestingly, the authorities were able to arrest no one because the system was installed in a vacant flat. FIA seized all the equipment and further interrogation is underway.

This is not the first time PTA has collaborated with intelligence agencies to curb the use of illegal/smuggled smartphone in the country, Just last month, arrested a suspect allegedly involved in identity theft to register smuggled mobile phones. Reportedly, FIA claimed to have confiscated hundreds of such mobile phones in the past couple of months. Cases were registered against the suspects and further investigations are underway.

Meanwhile, the recent raid against the Gray Operators was made possible because of continuous monitoring, commitment and persistent efforts by PTA in curbing the menace off Grey Traffic. Such efforts by authorities have successfully reduced the loss to national exchequer due to these illegal grey traffickers.